Rene Fernandez has been in the entertainment industry since he was a trombone player in the 6th Grade. This led to traveling competitively throughout the US, including the Portland Rose Parade.

After College, he stepped into the spotlight to focus on his other talents in film and television. Rene’s television appearances include: General Hospital, Santa Barbara, Vanishing Son and several CBS Movies of the week. These appearances became more robust with co-starring roles such as “Terriers”, filmed right here in San Diego.

Reigniting his musical talents, he joined a vocal jazz ensemble known as Sounds Divine. This jazz ensemble was coached by their mentor, Alan Paul of the Manhattan Transfer. With the intense focus on rehearsals and tight harmonies, this group performed all throughout San Diego, including “Humphrey’s”, “Oceanside Jazz Festival” and the “Del Mar Fairgrounds”.

At the Del Mar Fair, they shared the stage with such greats as “The Osmond’s”.

Performing with multiple musicians throughout San Diego County, opened doors to multiple other opportunities to work with several other bands as well. He stepped into another opportunity to work with a band called “The Experience”. With their focus of their major horn section and dynamic vocal harmonies, this band played at Harrah’s Casino and several Wineries in Temecula.

Today, with access to dozens of musicians, he plays as a duo, trio or a full band! This gives him the opportunity to focus on more music of his choice. With a huge library of songs from Soft Rock, Jazz, Classic Soul, Motown, R & B, Old School, Latin and some soft romantic favorites, Your audience will enjoy a full array of this amazing musical endeavor. 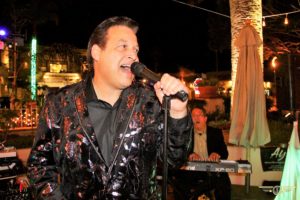 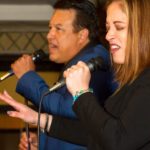 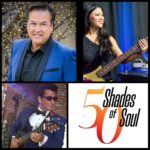